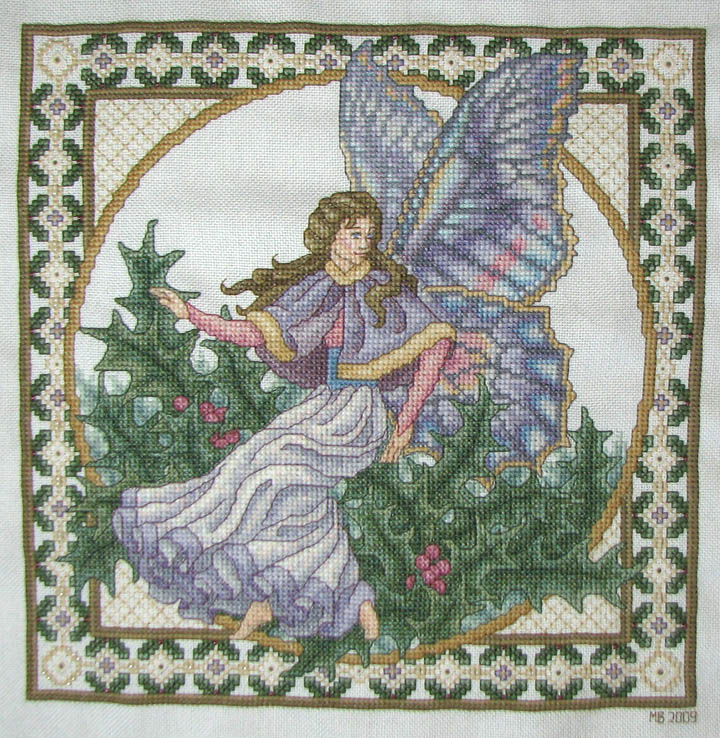 All done! This one took a fair bit longer than Autumn Faerie, because of all that holly.

Teresa Wentzler has released Medieval Miniature, so I snatched it up. I had planned to work on a WIP, but I think I'm going to start on this one instead. It's mostly over one, so it should go pretty fast. 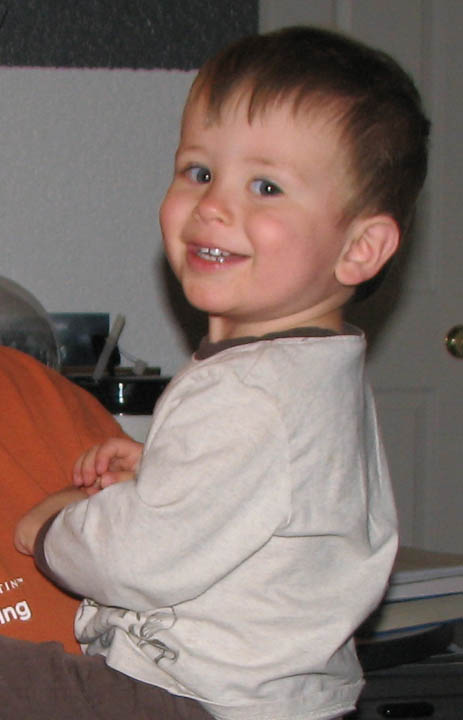 Well, that didn't last long! Logan started running a fever, so I took him to the doctor yesterday. He's got a sore throat and is now on antibiotics...again. Poor thing isn't sleeping well and is hardly eating anything today. We'll see if the rest of the family gets this.
The trial of glucophage didn't succeed. It made me nauseated, gave me a headache, and generally made me feel sick. I was reading about it online, and it said the side effects should pass, but I just couldn't function. I tossed them.
The next thing to try is Byetta, which is in shot form. I'm going to see if I can work up the courage for it. I've been really down about the weight issue. Not that it's stopped me from eating. Jo asked about pre-diabetes. It means I don't have diabetes but I probably will get it someday, and I could be feeling some related effects. I have a long family history of diabetes on my dad's side of the family, I had gestational diabetes, and I'm very overweight. :-/
Back to cross stitching, as usual. :-) Craft-i-leigh asked about Winter Faerie. It's by Teresa Wentzler, my favorite designer. She's not designing much right now, but that's OK because I have a lot of her pieces left to stitch. She also asked about my favorite fabrics. I like stitching on evenweave (mainly Jobelan), but I like the look of linen better. As for size, 28 or 32 is just fine with me. I can do smaller counts if there's a need. As for makers, I like Zwiegart linen a lot; Wichelt not so much.
Have you noticed that the cross stitch section in craft stores keeps getting smaller and smaller? It's very disheartening. It seemed like the industry was booming when I started stitching seriously in 2001. (My first piece was a Teresa Wentzler too.)
Posted by Arthemise at 11:41 AM 7 comments: 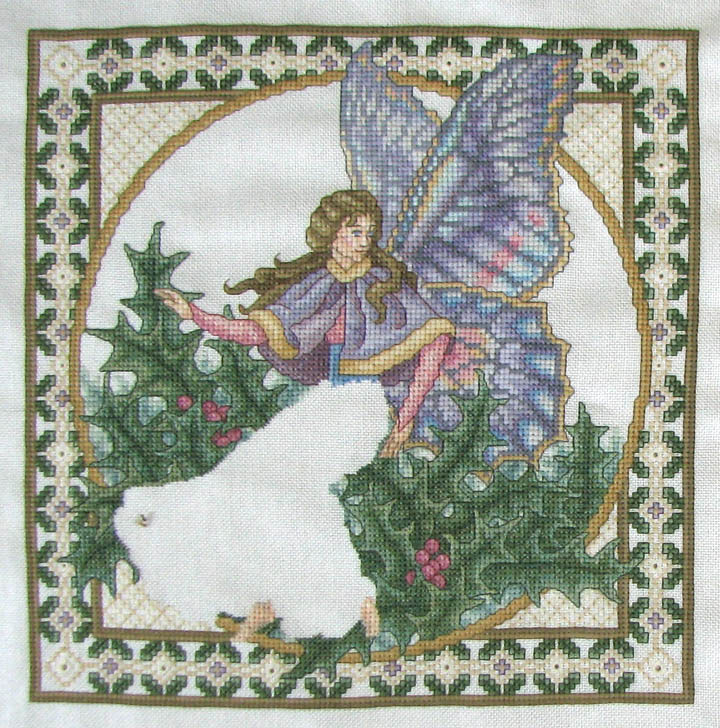 It's the faerie with the invisible skirt! I managed to get more done than I thought I would. The skirt should be easy--not as many fractionals as the holly leaves. Then I'll need to bead the border. No reason I shouldn't finish this week!

After I finish this one, I'll probably concentrate on Skeleton Crew. I've been driven to finish Winter Faerie, so I haven't worked on it at all lately.

I'm happy to report that the entire family is now healthy! I've gone back on the diet, but I'm having trouble sticking to it. My doctor says I'm probably pre-diabetic, and she gave me glucophage to see if that would help with the hunger. When I first tried it, it kept me up at night. I'm going to try it again and see if I can deal with it. This overwhelming, unnatural hunger is pure torture, and I don't mean that lightly.
Posted by Arthemise at 8:00 AM 7 comments: 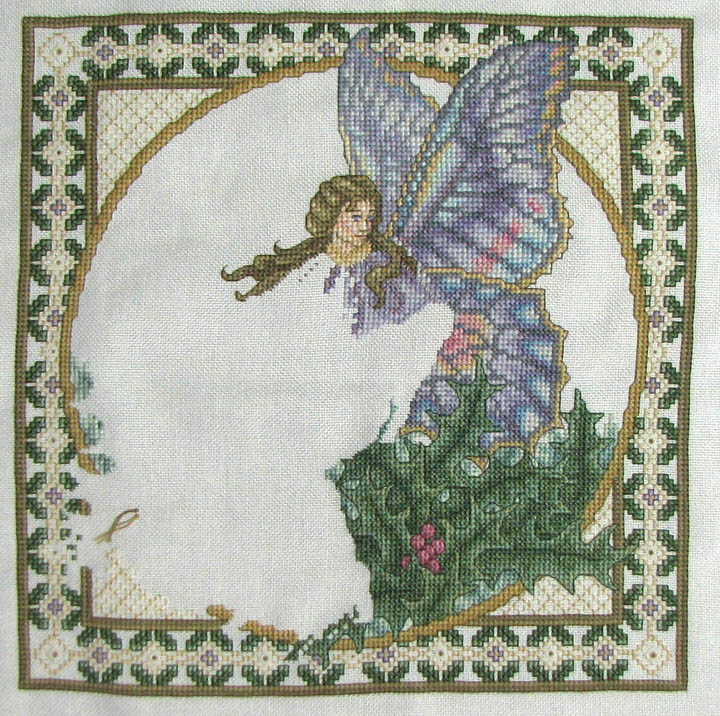 This faerie seems to be progressing more slowly than the last one. I blame all the blends and fractionals in those holly leaves. But I think another two weeks should do it, if all goes well.
The family is mostly on the mend. Matt is over the flu but has apparently picked up my cough. It doesn't seem to be bothering him much. Logan's cough is just as bad as it ever was, and he keeps messing with his ears. We started him on the antibiotics the doctor gave us just in case. I'm better other than a bit of a sniffle and a little cough. We've been sick for the longest time!
We're hoping to get out to the zoo once everyone is completely better and the weather warms up a little. If we wait too long, it will be too warm. This is Texas, after all....
Posted by Arthemise at 11:13 AM 7 comments: 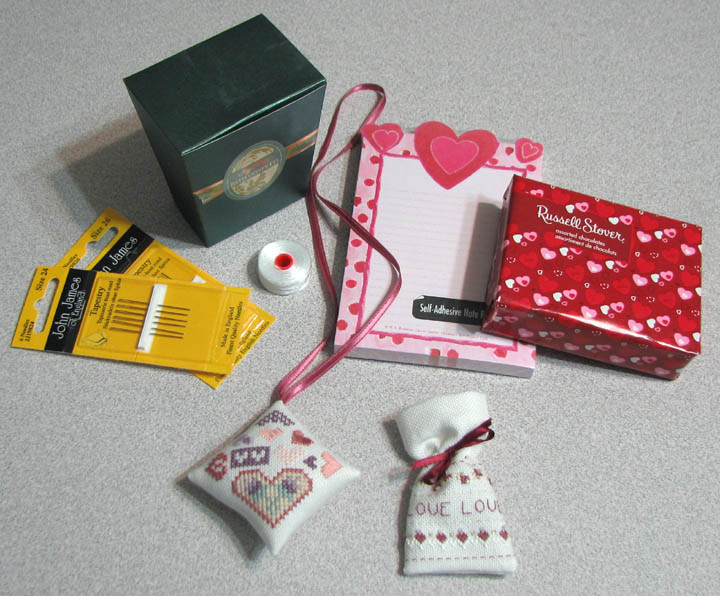 Here's the Valentine's exchange I sent to Sandra. The bag is Teeny Tiny Love Bag by Victoria Sampler. The fob is Heart Throb by Drawn Thread. I'm glad it got to Barbados in time!
Posted by Arthemise at 2:16 PM 2 comments: 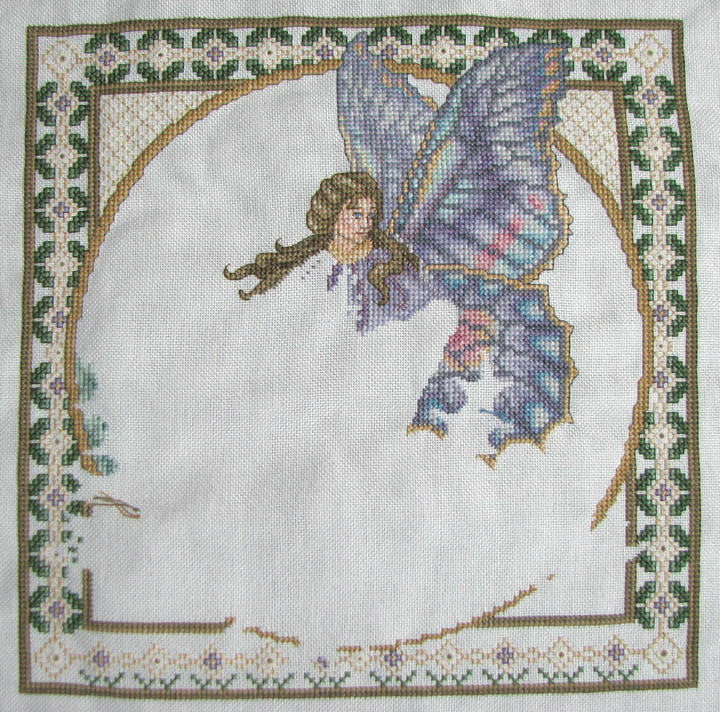 I managed to get a good bit of stitching done this week, even though I'm still sick. I haven't had any energy to do housework or play with Logan, so I guess this is where my time's going. Matt has the flu, and we're hoping he keeps it to himself. He's missed some school, but he says he's not behind because he's kept up with the homework. I hope that's true. Logan went to the doctor this morning with a bad cough too. It's time for all of us to get better already!
Posted by Arthemise at 7:30 AM 9 comments: 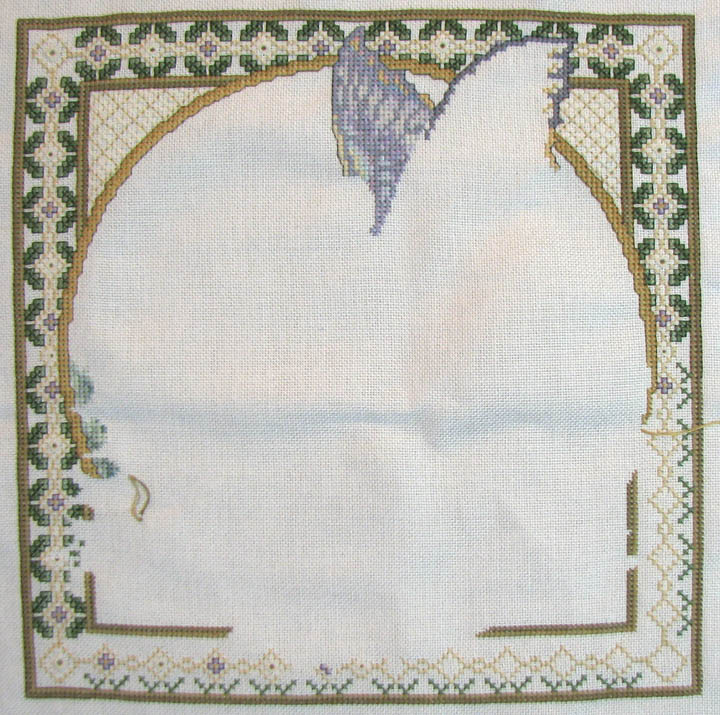 I managed to get a good bit of stitching done this weekend, despite feeling bad. I considered working on the faerie some more rather than doing all of the border first, but I was just enjoying that border too much. Strange, I know.
Posted by Arthemise at 7:50 AM 9 comments:

I managed to stitch on this one a little last night. This is Skeleton Crew by Cross Eyed Cricket, which I started January 1. There's not enough contrast between the sails and the fabric; I wish I had used a slightly darker fabric. But other than that, I'm enjoying working on this piece. I've also been working on Winter Faerie, and I'll post a pic of that one tomorrow.

The yuck is back: I was feeling so much better, but then my bronchitis came back. I'm back on antibiotics and assorted sprays and pills. I would really like to be not sick for more than a day or two. Matt's also gotten sick...again. Fortunately, my mom's all better, and Logan's feeling good, other than a runny nose and some congestion. Out of us all, my mom has the best immune system.
Posted by Arthemise at 10:05 AM 3 comments: