I showed off my ladybug adaptation in a comment on the DMC site, and they reposted it. I'm famous! :)
Posted by Arthemise at 7:35 PM 3 comments: 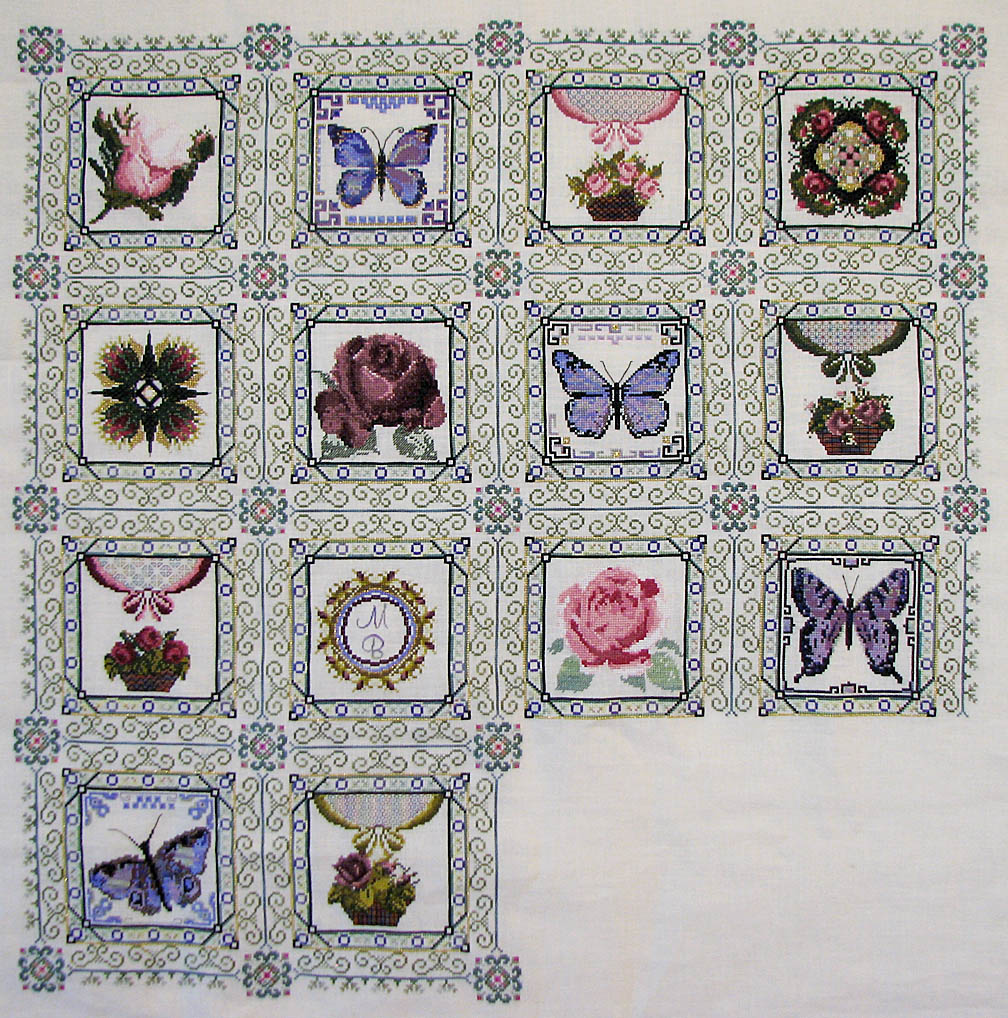 This block took a little longer because of vacation and my addiction to Laurell K. Hamilton (more on that later). The basket didn't have any backstitching in the chart, like the instructions and the other three baskets prove that it should. I asked Martina, and she said to just use the other baskets as a reference if I wanted to backstitch it. I wasn't quite happy with that answer (which is also what she said to do about the antenna for the third butterfly) -- I felt the chart should be corrected -- but I got it done. I did restitch the butterfly's antennae, and I like them better now.
Laurell K. Hamilton: I read her Merry Gentry series first, and there's sex all over the place. I then read her Anita Blake series, which began much more tame, though still violent. Then eventually this series began to be about sex all over the place, with multiple men. They say that what you write reveals more about yourself than about the characters. If so, then wow. The strange thing is that I can find many flaws in the books and really would like more story than sex, but I really want to know what happens to her characters. They're fascinating. I guess that's the proof of a good author. One more book from the library and then I have to wait on her to come out with new ones. 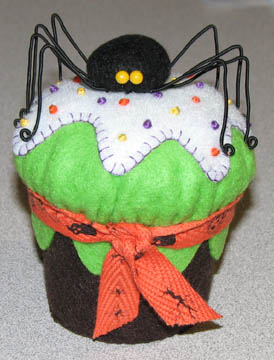 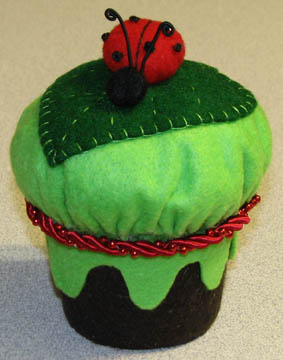 I made the spider pincushion recently from a DMC pattern. It was the first time I had used memory thread (basically thick thread with a copper wire inside). I like it! (Matt had to point out that this is not a spider but a harvestman since it doesn't have a separate head and abdomen.) Oh, and I'll be giving away a spider pincushion in October, along with some other goodies.
I adapted the pattern to make the ladybug pincushion for my mom's friend, who's crazy about ladybugs. I think the trickiest part is finding a ribbon or cording to go around the piece. The surface is uneven -- the top is taller than the bottom, so a ribbon with no stretch just kind of hangs there unattractively.
Vacation: We recently went to Galveston and stayed at a nice (but expensive) hotel on the beach for the weekend. We finally found a vacation Logan enjoyed! We went to the Rainforest Cafe. For those of you who have never been, the restaurant is jungle themed and has animatronic animals that go off at set times. The first time the monkeys started moving, Logan clapped his hands over his eyes and refused to remove them. I was very disappointed because I love this kind of thing and hoped he would too. He eventually watched the show and even enjoyed it. Outside, a volcano spit flames and smoke, which was awesome. The food's mediocre and overpriced, but you go there for the show, not the food. We also went to Moody Gardens and saw the aquarium, which Logan actually paid attention to (unlike Sea World the previous year when he was two and a half). We took a paddlewheel ride around the bay; that took too long to hold his attention. He really enjoyed the beach and playing in the sand with his toys, even though he had to wear a jacket because it was cold -- yes, Texas in May. Weird. He didn't want to go in the water, so I carried him and waded into the waves up to mid-thigh. He clung to me like a monkey so he could watch the waves. I wish we could have stayed longer.
My husband the engineer: Matt finished his last class and is now an electrical engineer. He starts his new job tomorrow. I am so proud of him. It's not easy going back to school. I can see why he couldn't manage working 60+ hours a week and going to school. School alone took all of his time. It's nice to have my husband back. Even doing housework together is fun.
Promotion for me: I'm getting a promotion at work and will be a supervisor again. I haven't been a supervisor for about eight years because I'm a full-time telecommuter. Work is going to try to get me an office in Austin, but it's still not the same city as the people I supervise. Challenging but not impossible!
Posted by Arthemise at 10:21 AM 2 comments: 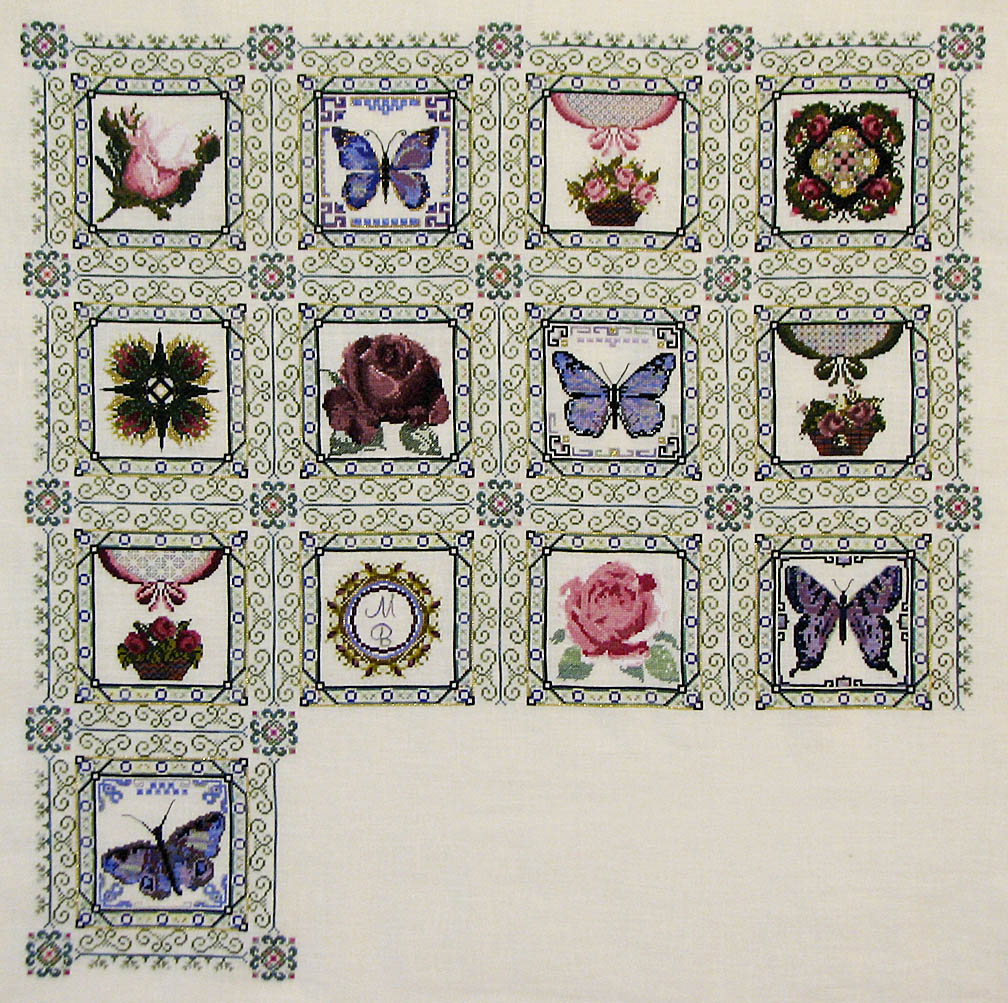 Not far now! I went back and added the antennae to the last butterfly I did. Martina said she had forgotten to give him any.
We're going on vacation this weekend to Galveston. I've been agonizing about what stitching to take with me. I don't want to take anything I can't wash, and I don't have anything like that ongoing right now. I don't really want to start anything new -- the desire isn't even there, which is weird. I'm on a mission to get my WIPs out of the way. But it's either start a new small or have nothing to stitch on (unthinkable). Decisions, decisions....
Posted by Arthemise at 7:54 AM 8 comments: 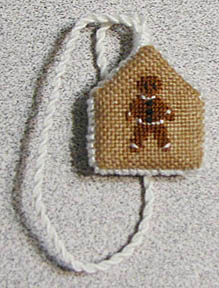 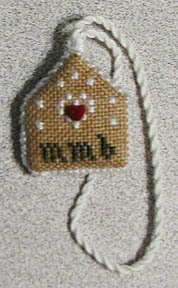 I've been working on Victoria Sampler's Gingerbread Stitching House for a while, but I decided to do the finishing on the fob, which I've had stitched for a while now. It's very tiny and very cute. But am I satisfied? Not quite. The instructions called for 2-ply mat board, which I didn't have, so I used 4-ply. That made it a little bulky, which makes the stitching around the edge a little stretched and not very nice looking. I did a second round of stitches around the edge, which helped some, but it still bugs me. I should have just left the mat board out. Even with 2-ply, I think it would have been too bulky. I'm not going to restitch it, so I'll have to make myself be satisfied with it. I really wish I didn't drive myself crazy like this. I try to remind myself of something a friend once told me: If you want perfect, a machine will give you perfect. Something being handmade means it's imperfect, and that's what makes it beautiful.
Posted by Arthemise at 9:37 AM 3 comments: 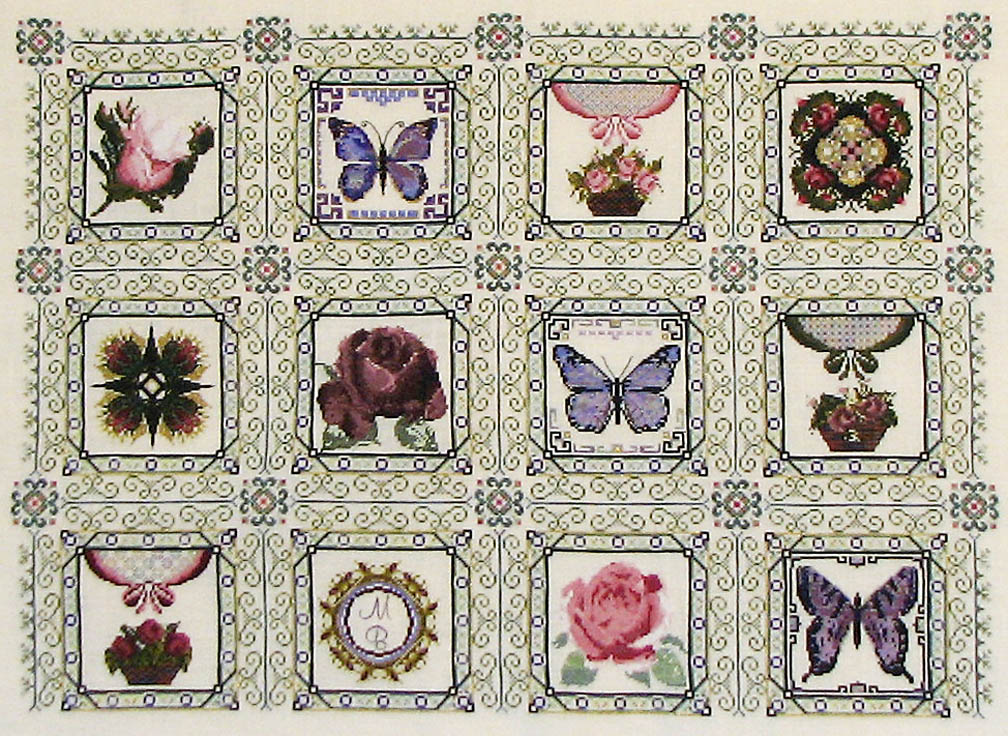 Here's the latest installment. I don't know why my pictures always come out blurry. Matt tells me to read the manual, but....
Books: I made my last purge of books. So far I've gotten rid of 480 books. I'm rather proud of myself for letting go of possessions, but it does hurt. I'll get over it. I kept my favorite authors -- still too many boxes of books in storage.
Have you heard that libraries will be able to loan books on the Kindle? I'm excited about this, but I know our backwater library won't implement this for a long time, if ever. Maybe when we move to Austin it will be better.
Posted by Arthemise at 10:18 AM 4 comments: