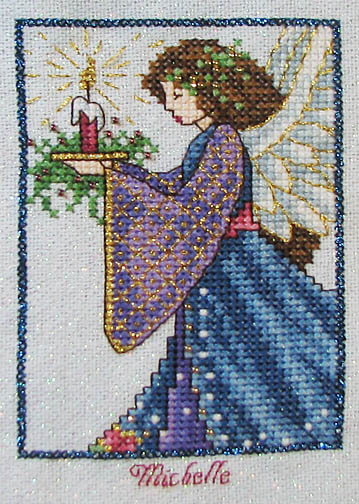 I finished this petite angel for Melva's round robin piece. She's so pretty. I think this is the one of the four angels that I would have chosen anyway, so it worked out that she was the last one left. This is the last piece for the RR, and I should be getting mine back in a few weeks.
Posted by Arthemise at 6:57 AM 6 comments: 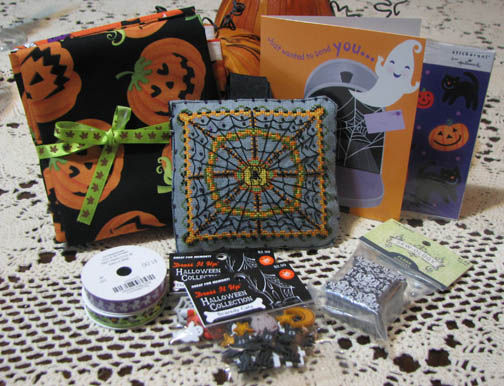 Stephanie sent me this wonderful Halloween exchange. Isn't it great? I love the spider ornament. It's really detailed and has lovely beading.
Posted by Arthemise at 8:22 AM 4 comments: 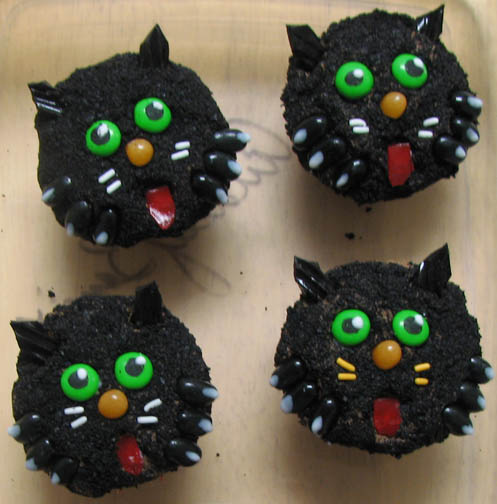 Logan found these cat cupcakes in a magazine and had to have them. So since his birthday is in October, I made them for his party at daycare. I did a little substituting -- black Twizzlers for the ears instead of the blackberry candy I couldn't find, and fruit roll-ups for the tongues instead of purple confetti candy. I also used crushed Oreos instead of black sanding sugar. Who wants to crunch into sugar on a cupcake?

They were a lot of work. Who knew? I guess I'll have to think hard before deciding to make homemade decorations. Logan was very excited about giving them to his friends (and was indignant when one of his friends threw one away). They meant something to him, so they were worth the effort.
Posted by Arthemise at 8:16 AM 2 comments: